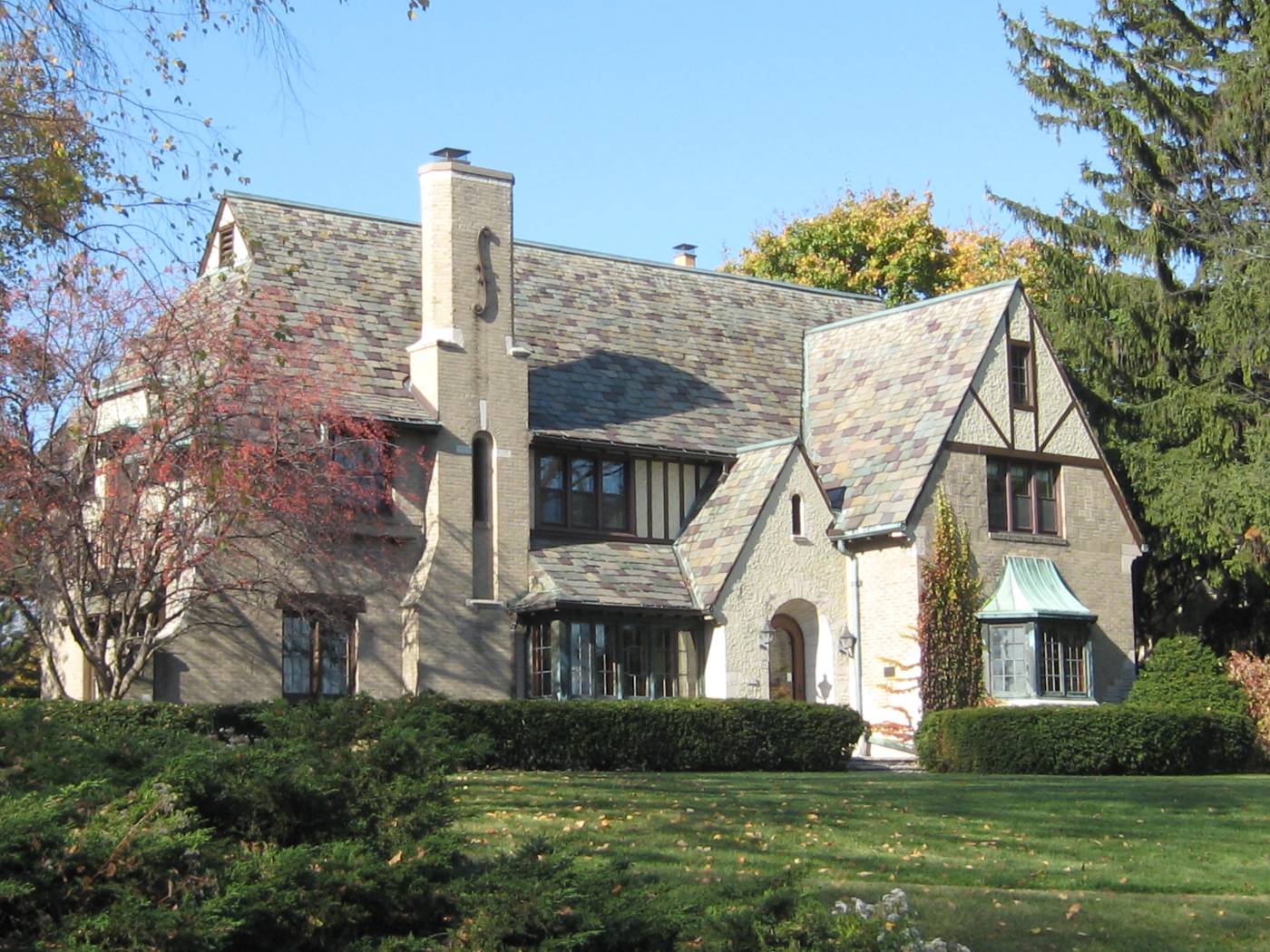 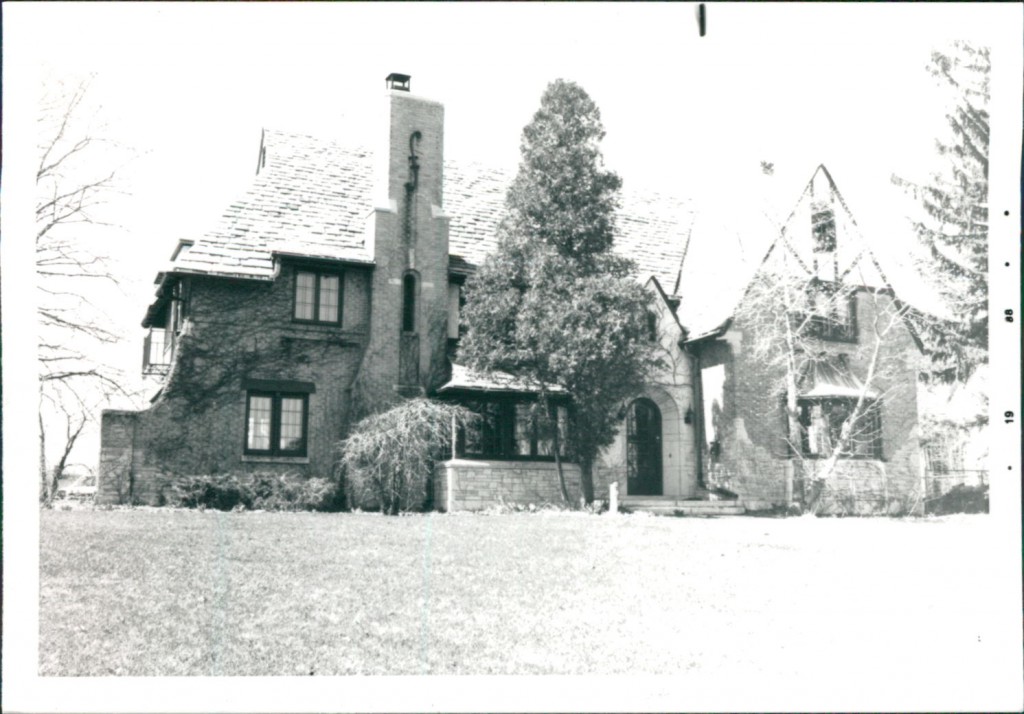 This home was built by and for building contractor Robert J. Stark and his wife, Anastasia.

The period revival home exhibits many of the style’s primary characteristics, including a dominant front-facing gabled entry; multiple-light, leaded-glass windows; stone, brick or stucco and false half-timber sheathing (or a combination thereof); wood-shingle, slate or tile-covered gabled roofs; and a dominant chimney.

The original plans for the house were produced in 1925 by Loos-Schneider.  Loos and Schneider identify themselves on the plans as designers, but no such firm name was found in any local directories.  The two are thought to have been Arthur Loos and William C. Schneider, two draftsmen who at the time worked at the Milwaukee architectural firm of Brust & Phillip.

Homeowner Robert Stark, born in 1892 and was the son of Theodore Stark, who established a construction/contracting business in Iowa in 1891.

Robert moved his family to Milwaukee between 1917 and 1920 and established the office of Theodore Stark and Company.

After five years in the Highlands home, the Starks, who had four children — Vincent, Robert, Mary Rita and Joseph — moved in 1930 to a house on Forest Street in Wauwatosa.  They sold the Highlands house to sewer contractor Leroy (Roy) Zimmerman and his wife, Juva, who with their three children remained in the house until moving to Louisville, KY, in 1933.

The house was later owned by a few more long-term owners, including Alfred and Mae Bennett (1934-1945), Fordyce and Barbara Ross (1945-1964) and John H. and Cecelia Zwicker (1965-1982). The current owners have been in the home more than 30 years and have put significant effort into maintaining and restoring it.

When they could, they took advantage of the tax credit rehabilitation program. The house is eligible because it’s a contributing resource within a listed National Register Historic District.

Because of water damage, the living room ceiling was replaced and the sunroom at the rear was taken down to the studs and rebuilt, although it retains its original quarry tile floor. The kitchen, which had been remodeled in 1965, was updated in 2000.